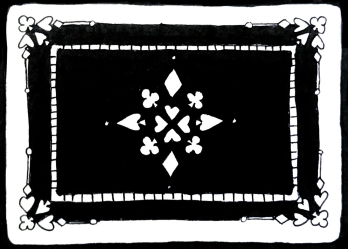 Kamen Rider Blade feels like a show made out of two things: luck, and love. The luck is both bad and good. It was a relatively unpopular entry of the franchise while it was airing, and had a somewhat troubled production. The head writer Shoji Imai had no prior experience with tokusatsu, and was replaced partway through by Sho Aikawa (who then later went on to leave the head writer position for Kamen Rider Decade). It’s infamous for memes derived from clumsily enunciated lines and odd events. These are the sort of things that might well tank a show, but Blade was lucky enough to cling together anyway. The unevenness almost feels thematic, as though it leans into the chance inherent in the show’s cards motif.

Perhaps the good luck is an illusion, and it’s the love put in to the show that makes it work. The care in the bold and unconventional camerawork makes for shining visual direction, completely unafraid of embracing melodrama. The music is top-notch, with excellent use of insert songs in particular. The suits for the Riders and the monsters alike are beautiful and distinctive. Most importantly, the loud and infectious love of the cast pours forth, even now. Fifteen years later, Takayuki Tsubaki (Kenzaki/Blade), Ryoji Morimoto (Hajime/Chalice), Kousei Amano (Tachibana/Garren) and Takahiro Hojo (Mutsuki/Leangle)are still close friends who talk proudly about Blade. All have returned to Kamen Rider to play their characters in crossovers, base fan meets around the series, and include references to them in their other work, including producing multiple Blade-referencing jewellery collaborations. It’s rare to find any set of actors so very in love with a particular piece of work they’ve done - but the more one explores Blade’s intricacies, the easier it is to see why they’re so attached.

My own love for Blade began when EXCITE!subs decided to translate and sub it over the course of 2018. Watching week-by-week in an approximation of the original pacing was an amazing experience. It was a passion project for them, and I wanted to support the efforts of my friends on the team. But it very quickly became my own passion, too. I spent a lot of 2018 being beaten down by physical and mental health issues, and that’s why I took the characters in Blade directly to heart. In Blade I saw a story in which characters struggled with illness. It was watching Tachibana’s failing attempts to cope with crippling anxiety and depression that finally gave me the push to go to therapy. I heard the same words of suicidal ideation that fell from my mouth in the past coming from Kenzaki, and I remembered being overwhelmed by adolescence while watching Mutsuki. And as I improved over the year I watched Hajime, who is divided from the people around him by his atypical body and and mind, ultimately find that his existence in the world was wanted- wanted so much that people were willing to help him join society.

Even outside the story itself, Blade touched me. Tsubaki suffered a serious injury near the end of 2016, and has talked about watching Kamen Rider Ex-Aid (my own introduction to Rider) while recovering and enduring medical treatment. Reading his blog posts through secondary reports and broken machine translation helped put me at ease, with the thought of: if Kamen Rider is fighting, I can fight too. If Kamen Rider is struggling, then it’s fine if I’m struggling. It’s a thought that helps me every day.

But away from illness, there was another thing that really entranced me about Blade: the Eternal Marriage ring, designed as a collaboration between Tsubaki, Morimoto, and the jewellery brand Material Crown. A heart and spade symbol locked together in a delicate silver band. I have it on my finger right now, where it’s been for months. It’s an unambiguous endorsement of a gay reading of a text that belongs to a space where explicit portrayals of gay love are few and far between. The actors are not the writers or producers, but they hold a sense of authority nonetheless, and the off-brand but obvious nature of the collaboration gives it a delightful defiant feeling. Which is a long way to say that the actors ship their own characters, and that’s fun and cute, and deeply touching when you yourself are queer.

My analysis is based off EXCITE’s translation*. I know they’re a team who carefully consider the audience’s experience when making translation choices, and the love in their translation matches up to the love put into the show 15 years ago. These essays are being written with an expectation that readers will have watched the show already. I will try to limit detailed spoilers for events in episodes ahead of the episodes under discussion, but sometimes it will be necessary to talk ahead. My aim is not to write reviews of episodes to judge them good or bad, but rather to display the details of Blade in such a way as to help others appreciate how special it is.

As much as I try to divine how the show works, this cannot and will not be an objective look at it. Literary analysis is an exercise that frequently feels like cartomancy. Cards are pulled from a deck, and people have invented their own rules of how to read them that rely as much on the reader and subject as the cards themselves. A television production is not such a random thing as a shuffled deck, but the individual influences exerted upon it are numerous and in parts unknowable from the outside, especially given time and a language barrier. Tokusatsu productions are long and must shift for unforeseen circumstances. The script is credited to the writer, the visuals to the director, the movement to the actors themselves - but these are approximations, and I apologise for misattributions when they happen. For the most part, that sort of detail of why a thing is in the show shouldn’t matter. The interesting question is how it is that the characters and themes appear to be; how the sounds, the sights and the metatext all come together.

In the end, this project is a fan work for my own amusement. Blade has levels of depth to it that I’ve yet to see anyone else discuss, and I happen to have the skills to talk about it. This is a way to say thank you, so much, to EXCITE for bringing Blade to me. It’s a way to show my appreciation to the original production, even though it’s highly unlikely that anyone involved will see this.

And most of all, it’s how I can say I love you to something that I was just lucky enough to meet at the moment I needed it.

*Episode titles and production information are from the Kamen Rider Wiki.

EXCITE’s subs can be found here: